The Church Exists to

Further information on the Methodist Church can be found at 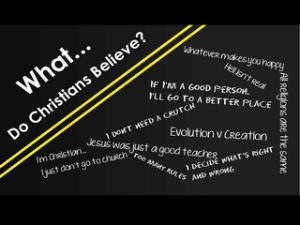 What do Christians believe?

We thought you might like to know what are the very basic things most Christians would agree on:

These beliefs are summarised in the universally accepted Apostle's Creed:

I believe in God, the Father almighty, creator of heaven and earth.

I believe in Jesus Christ, His only Son, our Lord. He was conceived by the power of the Holy Spirit and born of the Virgin Mary. He suffered under Pontius Pilate, was crucified, died, and was buried. He descended to the dead. On the third day He rose again. He ascended into heaven and sits at the right hand of God, the Father Almighty. From thence He shall come to judge the living and the dead.

I believe in the Holy Spirit, the holy universal Church, the communion of saints, the forgiveness of sins, the resurrection of the body, and the life everlasting.

In a little bit more detail:

Christianity is a reasonable religion, which allows all people the free will to decide. Its roots are in Judaism. It originated in Palestine in the 1st century AD and is founded on the life and teachings of Jesus Christ.

Christianity is a religion practised by nearly 2,000 million people worldwide. There are about 5.5 million active Christians in the UK, but over 33 million in Britain would regard themselves as nominally Christian. 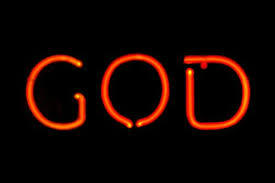 There is only one god, who created the world. God has created humankind and loves each one of us. God has revealed himself through his Son (Jesus Christ) and is active through his Spirit (the Holy Spirit).

Jesus was a Jew. At the time of Jesus' birth the Jewish people were hoping for the arrival of the Messiah (Christ). His followers came to realise that he was the predicted Messiah. Jesus Christ is the Son of God, who came to earth to remind us how much God loves us.

He was crucified as a criminal and was seen alive after he was dead and buried (the resurrection). During Jesus' life he spoke about how we should treat one another with love and respect.

Christians try to live according to the example of Jesus Christ by: loving God, loving their fellow human beings as we love ourselves and sharing the Christian message. 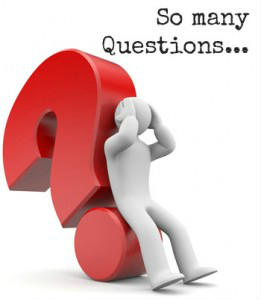 It was originally written in Hebrew, Aramaic and Greek, but has been translated into many languages, including modern English. Popular Bibles include the Good News Bible, the New International Bible and The Message. They are all good Bibles - you just need to pick the style of English you prefer and can understand.